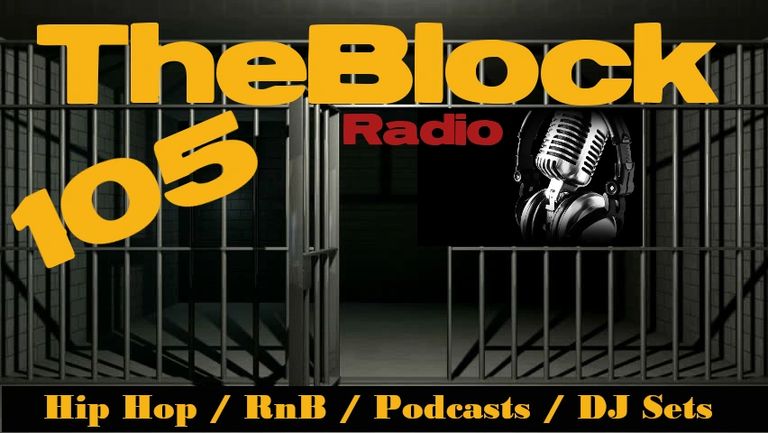 Listen To the block 105 radio

From where we started to where we are at!

The Block105 Radio was originally Launched in 2019. As an all 90's and 2000's Hip Hop & RnB station. Its owner and founder, Former recording artist and Hip Hop Legend  R.E.C. bought the station originally just to have a radio station that played nothing but the 90's and 2000's classic bangers that he grew up on! Being from the old school, R.E.C. is not much of a fan of todays hip hop music or as he calls it "Mumble Rap", So instead of doing what everyone else does which is creating their own playlist of the music they like on their phone like any normal person would do... R.E.C. decided to take it a step further and purchase his own entire radio station! Fast forward "Welcome to THE BLOCK 105 RADIO"!

At first the station was only programmed to play the classic hip hop and RnB that it was designed to play, But shortly after launching the station R.E.C. realized that he had something much more powerful than just a radio station. Realizing this, He decided to launch his own radio show that catered to unsigned hip hop and RnB artists. He created a show that would air unsigned artists music and have it reviewed and graded by a world wide audience. So on January 2nd of 2019. He launched what soon became world famous as "THE BLOCK PARTY HIP HOP REVIEW SHOW"! The show was a huge success and quickly earned itself an extremely loyal cult like following. Over the past two years the show has showcased thousands of unsigned hip hop and RnB artists, Gave out thousands of "Golden Tickets" which was R.E.C.'s gist to artist that he liked and giving them that Golden Ticket meant that he was moving their song into daily rotation for life on THE BLOCK 105 Radio. HE also rewarded artists that earned massive amounts of Golden tickets with Block105 Grammy's, Which was an award that artists received after earning 25 or more Golden tickets. So the show was extremely interactive not only with artists but also with fans around the world. The fans or as R.E.C. calls them "The Block Fam" would tune in every show to hear what new talent might be discovered, To grade the artists and give real genuine feedback. The show was extremely successful and had an amazing nearly two year run.

Since Covid hit R.E.C. felt like there could be more that the station was doing to help people all over the world. Knowing that many people are out of work, Working from home and scrambling for new careers R.E.C. saw this as an opportunity to give back to the culture even more. He decided that he was going to open The Block 105 Radio's On Air Time Slots to the public. Meaning that Podcasters, DJ's and other On Air personalities could now purchase 1 hour on air weekly time slots and broadcast their Podcast, DJ set or Show on The Block 105 Radio. Not only could the public now use The Block 105 Radio's audience and platform to expand their own brand or show but it was equally important to make those on air time slots so affordable that ANYONE could afford it! For R.E.C. it was not about the money, It was about giving people an affordable opportunity to launch their own show or build and expand their existing show. So he did just that! He made the 1 hour on air slots available to the public for only $25 per slot. This means that any Podcaster, DJ, or Radio show host could now have their own weekly show on The Block 105 Radio for only $25 a week! How can he do that you ask? Well R.E.C. says "At $25 per slot no it will not be profitable, In fact I will be losing money! But sometimes there are more important things than making money. Luckily I am in a financial position to pay for the radio station monthly regardless if it is profitable or not. The reason I have that financial stability is because of Hip Hop! Hip Hop music has provided me with an amazing life for nearly 30 years, So why wouldn't I want to give back to a culture that has given me EVERYTHING? I want to support hip hop and RnB music as I always have, But now I want to support content creators as well. Podcasters, DJ's, On air Hosts and much more. I've spent two years building a huge following on The Block 105 Radio Station and now I want to let others have access to that audience. So 2021 is ALL ABOUT THE PEOPLE!"

Have no fear! For those loyal BLOCK FAM Family members that loved R.E.C. and The Block Party Hip Hop Review Show. R.E.C. has Launched a brand new show just for them called "The Block Party Request Roulette Live Show"! This new show will not be unsigned hip hop reviews, It will be all about spinning an incredible set of classic hip hop and RnB the entire night. So what's different about that? What is different about this show is that R.E.C. will not go on air with a pre determined set list... The set list for the night will be real time requests from fans right then and there. So nobody will know what the night will have in store until it happens! Then at the end of the night R.E.C. will write down his 5 favorite requests of the night and the persons name that requested it, Then he will put thos names on a roulette wheel, spin the wheel and who ever it lands on will win some cool Block 105 Swag. So R.E.C. will still be on the air, Still representing the people just making a new show that is more interactive for the fans. So make sure you all tune in to The Block Party Request Roulette Live Show! Every Thursday night at 7pm.

The Block105 Radio prides itself on paying homage to the Legends! Nothing but Hip hop classics! Playing the best of the 90's and 2000's Hip Hop. For the True Heads Only!

The Block105 also prides itself on paying homage to all of the RnB Legends of the 90's and 2000's. Both decades wouldn't have been the same if it wasn't for RnB! Then when Hip Hop and RnB merged together... That was a wrap! The birth of greatness!